I am delighted that you have joined me on www.stevehallartist.co.uk and sincerely hope that you will share with me the delights of painting in watercolour.

Although my childhood years were spent during the austerity period that followed the second world war, I was fortunate to have been born into a very English rural community and to have benefited from the love and support of an extended village family on the outskirts of Bath.

I drew from an early age, particularly during the winter months when our isolated farmhouse boasted no electricity but a good set of encyclopaedia from which I could copy endless images. Sadly art became relegated way down the list of priorities as teenage years approached and it was not to be for another forty years that I would seriously take up pencil or paintbrush to once more try my hand at watercolour painting.

Most of the intervening years were spent in building and further education where, amongst other subjects, I taught architecture and construction. This experience was to prove invaluable since it laid the foundations for good proportional line drawing and an understanding of three dimensional form. My career in teaching was both enjoyable and rewarding and after working at Mid Essex Technical College, South Kent College and Newport College of Further Education I became an Assistant Principal for Gwent Tertiary College, now Coleg Gwent.

In 1994 I was able to take early retirement and once more escape into the world of watercolour. Fortunately my formative years had instilled in me a love of the English landscape and a desire

to capture its ever changing moods and seasons on paper. As a result I returned to my childhood aspirations and in 1996 I started to paint in earnest, followed by my first home courses the following year.

Like all artists I struggled to find my own style and was always buying the latest book or video, the result being that I was failing to recognise the basics of good watercolour and losing myself in the myriad of gimmicks and gismos that were being offered by the commercial art world.

At about the time of the millennium my efforts took a dramatic turn for the better when I first became aware of the work of Edward Wesson . Here was some one who had managed to put aside all the verbal clutter about the medium of watercolour and put down on paper what he observed in as simple and honest fashion as was possible. Sadly Ted Wesson is no longer with us, however he was such a prolific painter and demonstrator that literally thousands of his paintings are still in existence and regularly appear in both galleries and auctions.

Other artists with a similar honest approach to the medium have also influenced my style and approach to painting including Edward Seago, Jack Merriott, James Fletcher-Watson and lately John Yardley, with whom I have had the pleasure to paint at Dedham Hall.

So join with me and explore all that is good about fresh watercolour. It is to embark on a journey that is unending and at times full of frustration and pitfalls yet, for the determined traveller, one that can be so rewarding. 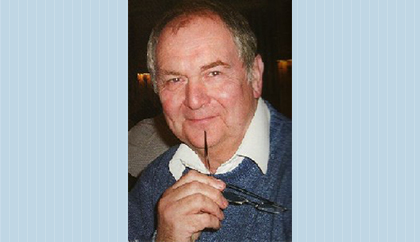